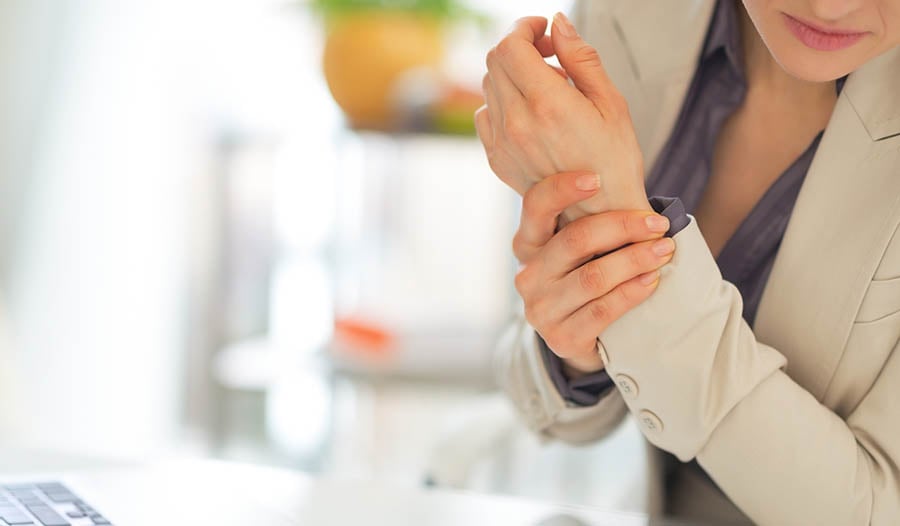 Hyaluronic acid may hold the key to reversing arthritis.

Several years ago, ABC News’ Connie Chung reported on a Japanese village called Yuzuri Hara that has a reputation for extraordinary longevity. Not only do many inhabitants of the village live well into their 90s, but they also appear much younger due to their wrinkle-free skin, and they rarely suffer from common conditions associated with aging.

Local doctors attributed the villagers’ health and youthfulness to their diet. Unlike other regions of Japan that grow rice, Yuzuri Hara’s hilly terrain is better suited to harvesting various root vegetables now known to be rich in hyaluronic acid (HA). This compound plays a huge role in human health, and by upping their intake of HA, these villagers experienced first-hand the positive effects.

What Is HA and What Can It Do?

Hyaluronic acid is a sticky, mucopolysaccharide that our bodies naturally manufacture. It is a component of the ground substance or “intracellular cement” that holds our tissues together. It also provides structural support to our skin, joints, muscles, ligaments, and tendons.

Although HA can be found naturally in almost every cell in the body, it is particularly concentrated in the skin tissue. In fact, almost 50 percent of the body’s HA is found in skin, both in the visible top layers and the deeper levels. As we age, our natural levels of HA decline—typically 80 percent between the ages of 40 and 70. HA loss in the skin leads to wrinkles, decreased elasticity, and dryness. Fortunately, supplementing with HA (45—200 mg daily) has been shown to increase HA levels and help counteract these effects by supporting the body’s manufacture of collagen.

The loss of HA within joints appears to be a major contributor to osteoarthritis (OA), which is characterized by the degeneration of cartilage. Along with glucosamine sulfate and collagen, HA is a critical component of healthy cartilage. The drop in the body’s HA content around/after age 40 may be the leading cause of cartilage degeneration in many people.

Injecting HA into joints of people with OA (a treatment known as viscosupplementation) has been shown to have beneficial effects on pain, joint function, and other symptoms. But injections may not be necessary—taking HA supplements may also be a viable method of increasing your body’s HA stores and improving OA symptoms.

Three double-blind, placebo-controlled studies provide evidence for using HA supplements. In the first study, 20 OA patients were given either an HA supplement (80 mg) or a placebo daily for eight weeks. Pain scores significantly improved in the HA group compared to the placebo group. In the second study, 60 patients with OA were randomized to receive either 200 mg of HA, 100 mg of HA, or a placebo daily for eight weeks. Subjects who had the most severe pain saw significant reductions in their pain and total symptom scores with 200 mg of HA, but not 100 mg of the supplement.

In the latest study, conducted at JR Tokyo General Hospital, OA sufferers between the ages of 40 and 70 who consumed 200 mg per day of Hyabest (a highly purified form of hyaluronic acid) showed improvements in symptoms over a 12-month period.

Research has shown that the body is constantly attempting to repair itself and this repair is entirely possible if the necessary building blocks are available. If you have OA, focus on therapies and supplements that help decrease the rate of damage and enhance cartilage matrix repair and regeneration. In this goal, natural agents such as HA can be extremely valuable.

Arthritis is a condition that has affected humans since the beginning of time. Before the advent of modern pharmaceuticals, those who were afflicted did not simply suffer endlessly from pain, but utilized nature’s herbs and organic foods to help minimize the associated pain.

Arthritis is a condition that has affected humans since the beginning of time. Symptoms usually start as early as age 40 for those afflicted and progress as we age.

If you suffer from joint pain you’re not alone. According to a National Health Interview Survey over a 30-day period, 30 percent of adults experienced pain, aching or stiffness in or around a joint.