Resveratrol: A Powerful Antioxidant That Might Benefit Mental Health 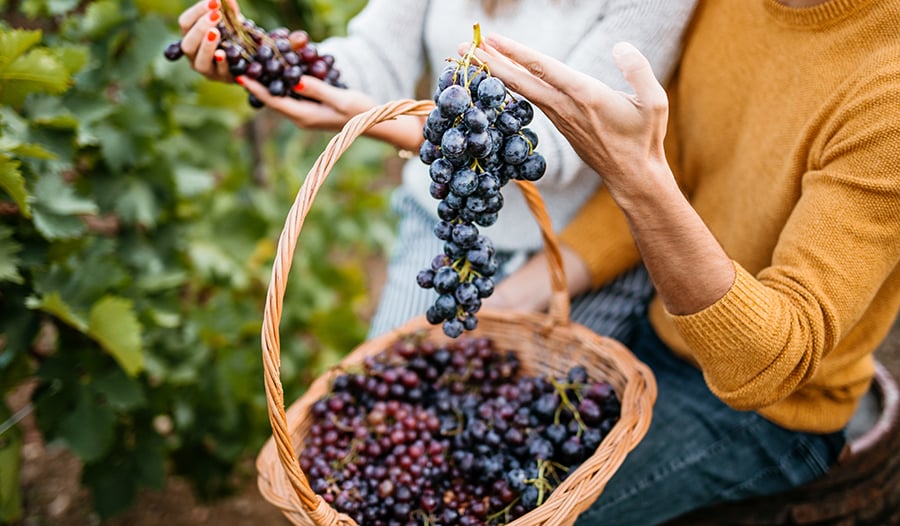 Resveratrol (RSV) is a naturally occurring polyphenol that functions as a phytoestrogen. It is found in berries, nuts, grapes, and other plant sources that are widely used in Asian medicine. Accumulating research findings from animal and human trials support that resveratrol may have beneficial effects on a variety of medical and psychiatric disorders mediated by anti-inflammatory and antioxidant effects however findings of most human clinical trials are limited by study design flaws and small sample size. Because resveratrol may result in similar changes in gene expression induced by caloric restriction it is being investigated for its potential effects on prolonging the lifespan, however findings of nonhuman primate studies are inconsistent.

How Does Resveratrol Work?

Beneficial effects of resveratrol on mood, anxiety and cognitive function may be mediated by a variety of mechanisms. Accumulating research findings support that resveratrol has protective effects against neurodegenerative diseases and may slow the rate of progression of cognitive symptoms. Findings of animal studies suggest that resveratrol may have neuroprotective effects on Parkinson’s disease, Huntington’s disease, multiple sclerosis, Alzheimer’s disease and other neurodegenerative diseases. Findings of in vivo studies suggest that resveratrol-induced antidepressant- and anxiolytic-like effects are mediated by inhibition of phosphodiesterase 4. A recently published study reported that resveratrol prevented and reversed oxidative damage to proteins and lipids in many brain regions in an animal model of mania. The beneficial effects of resveratrol on Alzheimer’s disease may be mediated by its role in reducing risk of metabolic syndrome resulting in reduced inflammation in the body and brain, cerebral arterial vasodilation, and direct neuroprotective effects on brain regions in the medial cortex and hypothalamus. Finally, resveratrol induces epigenetic alterations in the DNA possibly reducing the risk of developing different kinds of chronic disease.

How can Resveratrol Benefit Cognitive Function?

Accumulating findings of animal and a few human clinical trials have led to increasing interest in resveratrol for enhancing cognitive function in healthy adults and as a potential treatment of Alzheimer’s disease and other degenerative neurologic disorders.

To date findings of studies on cognitive effects of resveratrol and other phytoestrogens in healthy populations are inconsistent possibly reflecting differences in dosage, study duration and tests used to assess cognitive function. Healthy men who received short-term treatment with resveratrol (250 to 500mg) experienced dose-dependent increases in cerebral blood flow but did not experience improvements in cognitive function. In a 4-week study, healthy adults treated with resveratrol 500mg reported a significant reduction in fatigue but no changes in cognitive performance. In a 26-week study, healthy overweight older adults treated with a combined regimen of resveratrol and quercetin experienced improvements in memory and were found to have enhanced functional connectivity in the hippocampus and higher cerebral glucose metabolism. Resveratrol may have cognitive-enhancing effects in healthy older adults. A systematic review of 23 randomized controlled trials found small to medium effect size improvements in cognitive function in older males and post-menopausal women who took resveratrol 150 to 200mg/day for at least 14 weeks. Improved cognitive function was correlated with improved cerebral blood flow.

Polyphenols including resveratrol and others are the subject of increasing research interest because of their potential role in preventing Alzheimer’s disease, however, this work is still at a very early stage and few human clinical trials have been done. In a placebo-controlled double-blind multicenter 52-week Phase 2 study examining resveratrol for its safety and tolerability individuals (N=119) diagnosed with mild to moderate Alzheimer’s disease (AD) were randomized to placebo vs resveratrol. Individuals treated with resveratrol were started at 500mg/day and increased by 500mg increments every 13 weeks to a maximum of 2000mg/day. Data collected during the study included biomarkers of AD, volumetric MRI, and clinical outcomes. Individuals in the resveratrol group were found to have slower declines in CSF levels of biomarkers that may reflect the reduced accumulation of amyloid-beta in the brain. Significantly, the resveratrol group also had decreased levels of MMP-9, a biomarker associated with increased risk of neurodegenerative processes associated with AD. This finding suggests that resveratrol plays a direct neuroprotective role by reducing the permeability of the blood-brain barrier to pro-inflammatory molecules. The most commonly reported adverse effects were nausea, diarrhea, and weight loss. In a retrospective study analysis of a subset of individuals with AD who had received resveratrol in the (above) Phase II study showed marked improvement in CSF and plasma biomarkers compared to the placebo group, and improved scores on measures of activities of daily living (ADL). Further studies are needed to interpret the significance of changes in biomarkers of AD associated with resveratrol.

Resveratrol is generally well tolerated at commonly recommended doses. The most common side effects of resveratrol are diarrhea, nausea, and weight loss. More severe side effects have been reported at high doses up to 2000mg twice daily. Adverse drug interactions have not been reported however high doses of resveratrol are known to inhibit cytochrome P450 enzymes resulting in potential interactions with many drugs.

How to Get the Most Out of Supplementing With Resveratrol

An important ongoing area of research involves developing products with greater bioavailability in order to enhance the potential beneficial effects of resveratrol on the body and brain. When taken alone the potential cognitive benefits of resveratrol may be limited by its low bioavailability due to its low stability, rapid oxidation on exposure to heat and light, low water solubility and also its high rate of uptake in the liver. Findings of in vivo and animal studies suggest that both bioavailability and efficacy of resveratrol for different clinical indications may be enhanced when taken in combination with other natural products. A recent study found that combining resveratrol with piperine significantly increased bioavailability in the brain and resulted in increased cerebral blood flow but did not improve cognitive function or mood. Large animal and human trials are needed to elucidate how genetic differences, age, gender, diet and variability in the microbiome influence the bioavailability of resveratrol. Inter-individual differences in bioavailability imply that the minimal effective dose of resveratrol—taken alone or in combination with other natural products or as an adjunct to drugs—needs to be evaluated on a case by case basis.

Efforts are ongoing to improve the bioavailability of resveratrol through novel delivery systems and semi-synthetic derivatives including nanoencapsulation in lipid nanocarriers or liposomes, nanoemulsions, and other approaches. Promising early findings have been reported however more in vivo studies are needed to identify approaches that are both appropriate and safe for clinical use.

Resveratrol is a Promising Compound

Resveratrol holds promise as an important future non-pharmacologic treatment of many medical and neuropsychiatric disorders. Research on resveratrol as a potential treatment of cognitive decline in Alzheimer’s disease, other neurodegenerative diseases, and depressed mood is still at an early stage. To date, most research evidence comes from animal studies. Only a few human clinical trials have been done, mostly on healthy patients. Large, long-term placebo-controlled human clinical trials are needed to evaluate the safety profile of resveratrol, further characterize potential interactions with other natural products or drugs, identify preparations that increase bioavailability, and determine optimal safe dosages for medical and neuropsychiatric disorders.

Dr. Lake is a Board-certified psychiatrist and clinical assistant professor in the Department of Psychiatry and Behavioral Medicine at the University of Arizona College of Medicine. He founded and chaired the American Psychiatric Association’s Caucus on Complementary Alternative and Integrative Medicine, has authored five textbooks on integrative mental health care and contributes regularly to the Psychiatric Times. His publications include a series of 10 concise guides on the integrative management of mood and psychological disorders that have recently been revised and updated. His most recent book 'An Integrative Paradigm for Mental Health Care: Ideas and Methods Shaping the Future,' was released in May 2019 and is available in e-book and print, on Dr. Lake's website http://progressivepsychiatry.com.
Previous Article
What Are the Health Benefits of Nitric Oxide Formulas?
Next Article
How to Get More Omega-3 in Your Diet

What Does the Research Say About N-Acetylcysteine (NAC) and Mental Health?

64,637 Views
N-acetylcysteine (NAC), a form of the amino acid cysteine, is widely used in emergency medicine to treat individuals who overdose on acetaminophen or paracetamol.

9,253 Views
Nature provides us with several plants that can help our body fight the effects of stress. These beneficial botanicals are often referred to as “adaptogens,” because they help us adapt to, or cope with, stress.

31,430 Views
Limited effectiveness, safety problems, and high costs of many psychotropic medications have resulted in an urgent mandate for safer, more effective and more affordable treatments of mental illness.